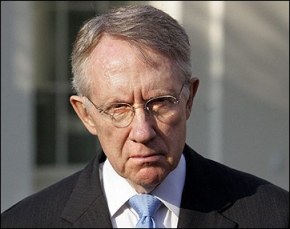 RENO, Nev. (AP) — A Nevada powerbroker who headed a billion-dollar real estate company and pulled the strings of state politics as a prominent lobbyist for more than a decade was convicted Wednesday of making illegal campaign contributions to U.S. Sen. Harry Reid.

Harvey Whittemore, 59, could face up to 15 years in prison and hundreds of thousands of dollars in fines after a federal jury returned guilty verdicts on three counts tied to nearly $150,000 illegally funneled to Reid’s re-election campaign in 2007.

Later in the day, U.S. District Judge Larry Hicks declared a mistrial on a count of lying to the FBI after jurors said they were deadlocked on that charge.