The percentage of Americans who have a job or are looking for one, known as the labor force participation rate (LFPR), has plunged to a 34-year low, according to a new report from staffing company Express Employment Professionals.

“Following the Great Recession, we’ve entered into the Great Shift,” says Express Employment Professionals CEO Bob Funk, who previously served as chairman of the Kansas City Federal Reserve Bank. “This is a period defined by the Boomer retirement, Millennial frustration, and growing reliance on government programs. All indicators suggest this shift is not sustainable.”

The New York Times reported on the study and suggested that “another cause [of the Great Shift] may be the rise in the number of workers on disability.”

Today, nearly 90 million Americans are no longer in the labor force.

The economy isn’t getting better and the unemployment numbers we keep seeing are far from accurate. According to CNN Money, 76 percent of Americans are living paycheck-to-paycheck.

Roughly three-quarters of Americans are living paycheck-to-paycheck, with little to no emergency savings, according to a survey released by Bankrate.com Monday.

Fewer than one in four Americans have enough money in their savings account to cover at least six months of expenses, enough to help cushion the blow of a job loss, medical emergency or some other unexpected event, according to the survey of 1,000 adults. Meanwhile, 50% of those surveyed have less than a three-month cushion and 27% had no savings at all.

“It’s disappointing,” said Greg McBride, bankrate.com’s senior financial analyst. “Nothing helps you sleep better at night than knowing you have money tucked away for unplanned expenses.”

Even more disappointing; The savings rates have barely changed over the past three years, even though a larger percentage of consumers report an increase in job security, a higher net worth and an overall better financial situation.

Meanwhile, a new Rasmussen Report shows the majority want the government to cut spending in order to spur economic growth.

Fox News reports Maritha Nelson’s $240 in food stamps has run out, leaving her $9 in cash and seven people to feed.

The 50-year-old single mother, who entered the U.S. by swimming across the Rio Grande, has government funded housing, medication, and $700 a month in Social Security.

She’s been on assistance for 20 years, and wants others to know that help is available.

Florida is teeming with food stamp recruiters who have a goal: increase federal aid to Florida by $1 billion a year. 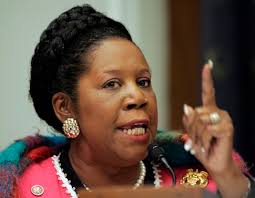 The House Committee on the Judiciary reported Rep. Sheila Jackson Lee (D-Texas) traveled around the world on an official trip in February that cost $23,646. The February 16-22 trip on commercial flights was to Korea, Vietnam and Cambodia.

Rep. Sheila Jackson Lee did not travel over or back with CODEL Landrieu that included several members of the Congressional Coalition on Adoption. The delegation was to meet with local community leaders, adoption officials, and other government officials, such as the Vietnamese Ministry of Justice and the Ministry of Labor, Invalids and Social Affairs.

A Florida food stamp recruiter is tasked with enrolling at least 150 senior citizens in the Supplemental Nutrition Assistance Program a month, The Washington Post reports in a profile about SNAP outreach.

Following 56 year old recruiter Dillie Nerios perform her task, to appeal to seniors to get them to sign up for food stamp benefits, The Post offers additional insight into the program — which has reached record participation levels in recent months — currently feeding more than 47 million people, or one in seven Americans.

The story follows recruiter Dillie Nerios, 56, as she encourages approaches potentially SNAP-eligible seniors to join the program with the help of gift baskets.

“Help is available,” The Post reports Nerios saying to hundreds of seniors each week. “You deserve it. So, yes or no?”