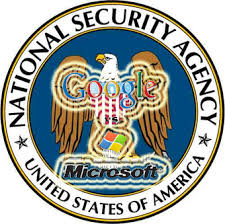 A District police officer accused of threatening Michelle Obama has been cleared of administrative charges related to the first lady but was found guilty of posting a derogatory job description on social media and depicting the president as a communist, his attorney said Monday.

Members of a departmental review board ruled that Christopher Picciano, a 17-year veteran who was a member of the elite presidential motorcade detail, should be suspended without pay for 40 days for conduct unbecoming an officer. His attorney, James W. Pressler, said his client is weighing an appeal. The city had sought to have Picciano fired.

“We’re pleased that he was exonerated of all allegations that he made threats against the first lady,” Pressler said. “He has maintained from the beginning that it was an off-the-cuff remark, a joke.”

The U.S. attorney’s office had declined to file charges against the officer, agreeing with the Secret Service that Picciano was not serious with his comment about Michelle Obama. But during the investigation, detectives found troubling though unrelated postings on the officer’s LinkedIn and Facebook accounts.

Those included a communist emblem — a hammer and sickle — superimposed over a campaign poster of President Obama and Picciano’s self-described job description as “zoo keeper of the MPD.” Angry with the D.C. Council over a vote to curtail pension benefits, Picciano wrote on Facebook about taking a rifle to a tall building.

Justice Minister Sabine Leutheusser-Schnarrenberger was responding to a report by German news weekly Der Spiegel, which claimed that the U.S. National Security Agency eavesdropped on EU offices in Washington, New York and Brussels. The magazine cited classified U.S. documents taken by former NSA contractor Edward Snowden that it said it had partly seen.

“If the media reports are accurate, then this recalls the methods used by enemies during the Cold War,” Leutheusser-Schnarrenberger said in a statement to The Associated Press.

“It is beyond comprehension that our friends in the United States see Europeans as enemies,” she said, calling for an “immediate and comprehensive” response from the U.S. government to the claims.

Other European officials demanded an explanation from the U.S.

No, not even Muppets are spared in our culture war. Above is the cover of the new issue of The New Yorker.

“It’s amazing to witness how attitudes on gay rights have evolved in my lifetime,” said Jack Hunter, the artist behind the cover.  “This is great for our kids, a moment we can all celebrate.”

Then again, in response to an 2011 online petition calling for Bert and Ernie to tie the knot, the Sesame Workshop’s Facebook page offered this statement:

“Bert and Ernie are best friends. They were created to teach preschoolers that people can be good friends with those who are very different from themselves. Even though they are identified as male characters and possess many human traits and characteristics…they remain puppets, and do not have a sexual orientation.”

Platonic Muppets. Something to ponder.

The House Republican effort to oust Attorney General Eric Holder has attracted a significant amount of momentum this month.

Since the beginning of June, 66 Republicans have signed on to Rep. Paul Gosar’s (R-Ariz.) legislation that calls for Holder’s immediate resignation. Gosar’s resolution now has 122 co-sponsors, more than half of the House GOP conference.

In an interview with The Hill, Gosar attributed the burgeoning support to the Department of Justice’s controversial snooping of The Associated Press and Fox News.

“Americans have lost faith in our chief law enforcement officer. He’s contradicted himself in front of Congress,” said Gosar, who launched the resolution in the wake of the Justice Department’s botched “Fast and Furious” gun-tracking operation.

One of the recent co-sponsors is Rep. Jim Sensenbrenner (R-Wis.), who heads the Judiciary subcommittee that the measure was referred to.

It remains unclear whether Sensenbrenner will move the motion and if GOP leaders will bring it to the floor.

Barack Obama: Well, in the end, and what I’ve said, and I continue to believe is that we don’t have to sacrifice our freedom in order to achieve security. That’s a false choice. That doesn’t mean that there are not tradeoffs involved in any given program, in any given action that we take. So all of us make a decision that we go through a whole bunch of security at airports, which when we were growing up that wasn’t the case…. And so that’s a tradeoff we make, the same way we make a tradeoff about drunk driving. We say, “Occasionally there are going to be checkpoints. They may be intrusive.” To say there’s a tradeoff doesn’t mean somehow that we’ve abandoned freedom. I don’t think anybody says we’re no longer free because we have checkpoints at airports.

Charlie Rose: But there is a balance here.

Barack Obama: But there is a balance, so I’m going to get to your — get to your question. The way I view it, my job is both to protect the American people and to protect the American way of life which includes our privacy. And so every program that we engage in, what I’ve said is “Let’s examine and make sure that we’re making the right tradeoffs.” Now, with respect to the NSA, a government agency that has been in the intelligence gathering business for a very long time —

Charlie Rose: Bigger and better than everybody else.

END_OF_DOCUMENT_TOKEN_TO_BE_REPLACED

National Security Agency discloses in secret Capitol Hill briefing that thousands of analysts can listen to domestic phone calls. That authorization appears to extend to e-mail and text messages too.

The National Security Agency has acknowledged in a new classified briefing that it does not need court authorization to listen to domestic phone calls, a participant said.

Rep. Jerrold Nadler, a New York Democrat, disclosed on Thursday that during a secret briefing to members of Congress, he was told that the contents of a phone call could be accessed “simply based on an analyst deciding that.”

If the NSA wants “to listen to the phone,” an analyst’s decision is sufficient, without any other legal authorization required, Nadler said he learned. “I was rather startled,” said Nadler, an attorney and congressman who serves on the House Judiciary committee.

Not only does this disclosure shed more light on how the NSA’s formidable eavesdropping apparatus works domestically, it also suggests the Justice Department has secretly interpreted federal surveillance law to permit thousands of low-ranking analysts to eavesdrop on phone calls.

One of America’s top lawmakers has demanded the extradition of Edward Snowden, the whistleblower at the center of the US National Security Agency (NSA) internet data tapping scandal.

Peter King, chairman of the House Homeland Security Subcommittee, said that no country should grant asylum to Snowden, who is believed to be holed up in a Hong Kong hotel.

Snowden reportedly traveled to Hong Kong in mid-May from where he revealed top-secret documents over the NSA’s covert Prism spy program. The whistleblower, an ex-CIA adviser, did not “expect to see home again,” according to an interview with The Guardian.

Although the Obama administration has been pushed on to the defensive by the revelations of the past few days, the White House has not officially commented.

King said: “If Edward Snowden did leak the NSA data as he claims, the United States government must prosecute him to the fullest extent of the law and begin extradition proceedings at the earliest date.

Holy Violation of the Constitution!

An aerial view of the NSA’s Utah Data Center in Bluffdale, Utah, Thursday, June 6, 2013. The government is secretly collecting the telephone records of millions of U.S. customers of Verizon under a top-secret court order, according to the chairwoman of the Senate Intelligence Committee. The Obama administration is defending the National Security Agency’s need to collect such records, but critics are calling it a huge over-reach.

Within hours of the disclosure that federal authorities routinely collect data on phone calls Americans make, regardless of whether they have any bearing on a counter-terrorism investigation, the Obama administration issued the same platitude it has offered every time President Obama has been caught overreaching in the use of his powers: Terrorists are a real menace and you should just trust us to deal with them because we have internal mechanisms (that we are not going to tell you about) to make sure we do not violate your rights.

Those reassurances have never been persuasive — whether on secret warrants to scoop up a news agency’s phone records or secret orders to kill an American suspected of terrorism — especially coming from a president who once promised transparency and accountability.

The administration has now lost all credibility on this issue. Mr. Obama is proving the truism that the executive branch will use any power it is given and very likely abuse it. That is one reason we have long argued that the Patriot Act, enacted in the heat of fear after the Sept. 11, 2001, attacks by members of Congress who mostly had not even read it, was reckless in its assignment of unnecessary and overbroad surveillance powers.