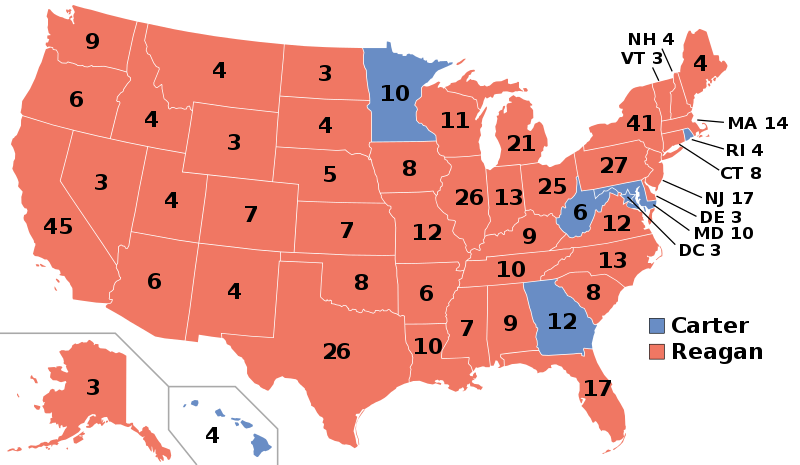 The electoral map of the 1980 election

The new poll, provided to Secrets, proves that Washington has fallen out of favor in America. The four most trusted Americans are in show business. No. 1 is Tom Hanks, followed by Sandra Bullock, Denzel Washington and Meryl Streep.

The first Washingtonian on the list is first lady Michelle Obama at No. 19. Former Secretary of State Madeleine Albright lands at 23, followed by Carter at 24. President Obama landed the No. 65 spot, behind Hillary Clinton, who was No. 51.

At the opening of the George W. Bush Presidential Library, President Obama and former President Clinton took to the podium to praise Bush – and in the process, stump for their version of immigration reform. Trying to leverage Republicans into handing over their principles by suddenly singing odes to the president he labeled the root of all evil, President Obama gushed over Bush “reaching across the aisle to unlikely allies like Ted Kennedy” with regard to his immigration reform effort.