More than 1,600 new employees hired by the U.S. Department of Health and Human Resources in the aftermath of Obamacare’s passage include just two described as ‘consumer safety’ officers, but 86 tasked with ‘criminal investigating’ – indicating that the agency is building an army of detectives to sleuth out violations of a law that many in Congress who supported it still find confusing.

On the day President Obama signed the Affordable Care Act into law in 2010, HHS received authority from the Office of Personnel Management (OPM) to make as many as 1,814 new hires under an emergency ‘Direct Hiring Authority’ order.

The Obama administration ordered that employment expansion despite a government-wide hiring freeze.

END_OF_DOCUMENT_TOKEN_TO_BE_REPLACED

Scotland Yard has launched an investigation into new claims that Diana, Princess of Wales was murdered by a member of the British military.

It said that it had asked specialist detectives to examine new allegations and evidence passed to it “recently”. The move was approved by Sir Bernard Hogan-Howe, its most senior officer.

The claims were given to the force by the Royal Military Police, after surfacing during the trial of Sgt Danny Nightingale, the SAS sniper convicted of illegal weapons possession.

The dossier is said to include a claim that the SAS “was behind Princess Diana’s death”. Scotland Yard declined to confirm the content or origin of the material.

Officers from the specialist crime and operations command will carry out a “scoping” exercise to assess if a full-scale investigation is justified into whether the Princess, her boyfriend Dodi Fayed and driver Henri Paul were murdered.

If Trayvon Martin were not a young black male, he would be alive today. Despite the verdict, it’s clear that George Zimmerman would never have confronted a young white man wearing a hoodie. He would, at the very least, have listened to the cops and stayed back. Trayvon Martin is dead because Zimmerman believed that “these guys always get away” and chose not to wait for the police.

Trayvon Martin’s death shatters the convenient myths that blind us to reality. That reality, as the Chicago Sun-Times editorial board wrote, is that “black men carry a special burden from the day they are born.”

Both the prosecutor and the defense claimed that the trial was not about race. But Trayvon Martin was assumed to be threatening just for walking while being young, black and male.

That is the reality that can no longer be ignored. Through the years, gruesome horrors — the murder of Emmitt Till, the shooting of Medgar Evers in his front yard — have galvanized African Americans and public action on civil rights. Trayvon Martin’s death should do the same.

An IRS technology official at the center of a House investigation into whether he pushed the agency to award contracts worth up to $500 million to an inexperienced company owned by a personal friend pleaded the Fifth Amendment and refused to testify at a House hearing Wednesday.

A House Committee on Oversight and Government Reform report Tuesday said Greg Roseman, an IRS deputy director, may have influenced the IRS to award lucrative IT contracts to Strong Castle, Inc.

The same report also said the company had given the Small Business Administration misleading information to win approval so it could obtain set aside contracts, and that its Veterans Affairs awarded status as a so-called service disabled veteran company was based on a nearly three decade old sports injury by its owner.

Appearing before the committee, Roseman declined to testify other than giving his title, and he declined to say whether he was still employed by the IRS.

The House report called the relationship between Roseman and Castillo “cozy.”

END_OF_DOCUMENT_TOKEN_TO_BE_REPLACED

(CNN) — A documentary on the 1996 explosion that brought down TWA Flight 800 offers “solid proof that there was an external detonation,” its co-producer said Wednesday.

“Of course, everyone knows about the eyewitness statements, but we also have corroborating information from the radar data, and the radar data shows a(n) asymmetric explosion coming out of that plane — something that didn’t happen in the official theory,” Tom Stalcup told CNN’s “New Day.”

A number of people have come forward, “all saying the same thing: that there was an external force — not from the center wing tank, there’s no evidence of that — but there is evidence of an external explosion that brought down that plane,” Stalcup said.

He cited “corroborating information from the radar data” and complained that “not one single eyewitness was allowed to testify — that’s unheard of.”

“The family members need to know what happened to their loved ones,” he said.

Asked why such information might have been suppressed, Stalcup said, “That’s a question that should be answered when this investigation gets reopened.” 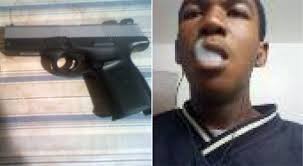 ORLANDO, Fla. — A court employee who retrieved photos and deleted text messages from Trayvon Martin’s cellphone has been placed on administrative leave after an attorney testified that prosecutors didn’t properly turn over the evidence to the defense, an attorney said Wednesday.

Kruidbos was placed on leave shortly after White testified during a hearing in George Zimmerman’s second-degree murder case on Tuesday. White said Kruidbos was interviewed by state attorney investigators twice before the action was taken.

“I was saddened by it, but I’m not surprised,” he said.

Three-quarters of U.S. voters want a special prosecutor to investigate the Internal Revenue Service’s targeting of Tea Party groups, according to a poll that showed a drop in President Barack Obama’s approval and trust ratings.

In the survey released today by Hamden, Connecticut-based Quinnipiac University, registered voters favored a special prosecutor by 76 percent to 17 percent. Those backing such a move included 63 percent of Democrats.

“There is overwhelming bipartisan support for an independent investigation into the IRS,” Peter A. Brown, assistant director of the Quinnipiac polling institute, said in a news release.

The IRS earlier this month disclosed that it singled out groups with “tea party” or “patriot” in their names for extra scrutiny before deciding whether to grant tax-exempt status under the tax code’s Section 501(c)(4). That status would allow those organizations to hide their donors even when engaging in political activity. Some Democratic-leaning groups also received requests for additional information.

It could have been a match made in tax haven.

A young Michelle Obama once dated the inspector general who recently uncovered the IRS scandal, according to a bombshell report.

The future First Lady, then known as Michelle Robinson, reportedly dated J. Russell George, the current IRS top watchdog responsible for investigating the widening trouble at the tax agency, while the two were at Harvard Law School in the 1980s, the National Journal reported.

The power pair were both members of the Black Law Students Association (BLSA) and graduated together in 1988, and at the very least, shared a few slices of pizza together.

“I think (George) actually dated Michelle at one point,” former Rep. Tom Davis, a Virginia Republican who worked with George on a House oversight subcommittee years ago, told the National Journal.

George, for his part, said he crossed paths with young beauty, but that calling it dating may be, “overstating it.”

Larry Connors, a veteran local news anchor at KMOV Channel 4 in St. Louis, says that the Internal Revenue Service has been targeting him since an April 2012 interview he conducted with President Obama — a fact that he dismissed as coincidence until the recent reports about the IRS targeting conservative groups.

“Shortly after I did my April 2012 interview with President Obama, my wife, friends and some viewers suggested that I might need to watch out for the IRS. I don’t accept ‘conspiracy theories’, but I do know that almost immediately after the interview, the IRS started hammering me,” Connors wrote on his Facebook page late Monday night.

Connors did not specify how the IRS has been “hammering” him. He did not immediately respond to a request for clarification.

According to his account, his questions for Obama touched on the economy and spending but were not exceptional in nature. But following “allegations that the IRS focused on various groups and/or individuals questioning or criticizing government spending, taxes, debt or how the government is run,” Connors now believes there may be a possible connection.

An antiabortion group that mounted a six-month undercover investigation has released videos this week that raise questions about what might happen to a baby as a result of an unsuccessful abortion.

One video features a D.C. doctor, Cesare Santangelo, who said that in the unlikely event that an abortion resulted in a live birth, “we would not help it.” Santangelo was answering repeated questions from an undercover operative about what would happen, hypothetically, if she gave birth after an unsuccessful abortion.

“I mean, technically, you know, legally, we would be obligated to help it, you know, to survive, but . . . it probably wouldn’t,” Santangelo is shown telling the woman, who was 24 weeks pregnant. “It’s all in how vigorously you do things to help a fetus survive at this point.”