House Majority Leader Eric Cantor (R-Va.) on Tuesday will tell House Republicans that he plans floor votes before the August recess on a slew of bills in response to the IRS controversies.

The most intriguing: a bill to allow Americans to record conversations between themselves and federal enforcement officials.

Cantor also plans a vote on prohibiting IRS implementation or enforcement of Obamacare.

A Cantor aide said the bills will “give Republicans members the ability to address the growing distrust of Washington emanating from recent scandals and stories, especially in the case of the IRS.”

Another bill in Cantor’s package would “require agency leadership approval and accountability for government conferences, putting an end to lavish vacation getaways for bureaucrats on the taxpayers’ dime.”

END_OF_DOCUMENT_TOKEN_TO_BE_REPLACED 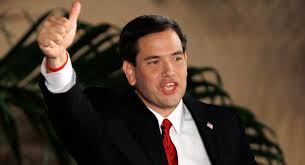 The GOP is using the term “IRS” in place of the term “n****r,” PMSNBC host Martin Bashir claimed on his Wednesday show.

“Republicans are using [the IRS scandal] as their latest weapon in the war against the black man in the White House,” he suggested. ”IRS” is the new “N****r.” Bashir gave a nod to the late Republican strategist Lee Atwater, to whom he attributed the subtle strategy.

A Washington state Democrat is accusing Republicans of “throwing American infrastructure … under the bus” after a bridge collapse there this week.

The portion of Interstate 5 in Washington that runs over the Skagit River collapsed on Thursday after a truck hit an overhead support structure, but Rep. Jim McDermott (D-Wash.) cited the incident in an interview as proof Republicans were blocking infrastructure investment to hurt President Obama politically.

“Well, they have clearly spent the whole last five years trying to tear the president down, but they have done it by throwing the American infrastructure and the society under the bus,” McDermott said in an interview with MSNBC host Al Sharpton.

“We have the most long-term unemployed that we have had since the 1930s and there’s no excuse for that,” McDermott continued. “There is plenty of work in this society that needs to be done and all it means is that the Congress has to step up, put the money up, and we can have it.”

Sen. Ted Cruz (R-Texas) said Wednesday that he doesn’t trust members of his own party to negotiate a budget conference report.

Cruz’s remark came after Sen. John McCain (R-Ariz.) said he thought it was “bizarre” that a member of his own party was objecting to forming a conference committee with the House to work out a budget.

“Isn’t it a little bizarre, this whole exercise?” McCain said after Sen. Marco Rubio (R-Fla.) objected to going to conference. “What we’re saying is that we don’t trust our colleagues on the other side of the Capitol.”

A survey of Republicans found nearly half agreed that “an armed revolution in order to protect liberties might be necessary in the next few years.”

The poll, from Farleigh Dickinson University’s Public Mind, surveyed a random sampling of 863 registered voters and had a margin of error of plus-minus 3.4 percentage points.

It found 44 percent of registered Republicans believed an armed rebellion could come in the next few years. But only 18 percent of Democrats and 27 percent of independents agreed.

Moreover, only 24 percent of Republicans believed new gun laws were necessary — compared to 73 percent of Democrats. Bipartisan legislation on gun control is not likely in the coming days, one political science professor at Farleigh Dickinson said, in a press release on the poll.

Texas senator Ted Cruz on Friday indicated that the battle among GOP Senators over gun control was so fierce that, at several points throughout the debate, some of his Republican colleagues yelled at him “at the top of their lungs.”

“I don’t know that there is an issue that has generated more heat internally in the Republican conference,” Cruz said at a Texas tea party rally. “We’ve had probably five or six lunches with a bunch of Republican senators standing up and looking at Rand [Paul] and Mike [Lee] and me and yelling at us at the top of their lungs, I mean, really upset. And they said ‘Look, why did you do this? As a result of what you did, when I go home, my constituents are yelling at me that I have to stand on principle.’ I’m really not making that up. I don’t ever bother to argue with me, I just let them yell and say, ‘Look, you know, vote your conscience.’”

Cruz who, along with senators Rand Paul and Mike Lee, launched an effort to filibuster any gun-control legislation brought to the Senate floor, called Republicans who did not back the effort “squishes.”